Tim Goodwin was brought in on the advice of Christopher Young QC and instructed by Bellway Homes to give evidence in relation to the Habitats Regulations, following an adjournment of a planning inquiry where the Inspector felt he needed detailed help and advice on the appropriate tests relating to the Regulations. Planning permission was subsequently granted but this was subject to a High Court challenge which centred on two factors: (i) whether it was right for an ecologist to be advising the Inspector at Appeal on the due process and tests set out in law; and (ii) whether it was appropriate and lawful for the ecologist to rely on his professional opinion.  Dame Frances Patterson sitting in the High Court rejected the legal propositions brought by the objectors, though she gave leave for the matter to go forward to the Court of Appeal.  Lord Justice Richards, Lord Justice Kitchin and Lord Justice Sales handed down Judgment.  The Appeal Court found:

“Mr Goodwin’s evidence set out careful reasoning by him, with reference back as appropriate to underlying facts, to explain his opinion and expressions of view.  It was expert evidence in conventional form and of good quality.  Mr Goodwin was entitled to draw on his experience and expertise as well, informing his opinion.” (Para 84)

This remains an important decision in relation to the role of an expert witness and what constitutes objective evidence as opposed to mere assertion.  The full Judgment is available here. 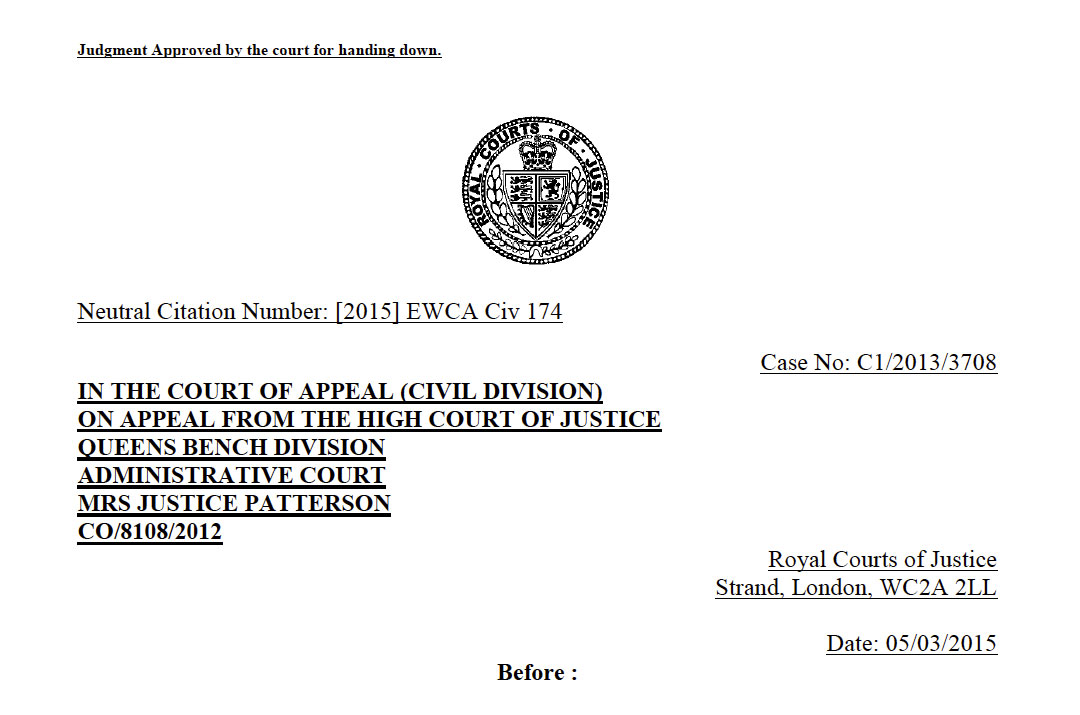